In a conversation with a friend the other day I saw myself jumping into solving his problem to ease his discomfort. He had had a pushy day at work and was very irritated. I offered him a perspective of how his colleague was a different personality type to him and therefore it was futile to do what he would have needed himself to get through to him.

We do that, solve other’s problems.
It just comes naturally to many of us.
Some of us are wired problem solvers. It’s how our brains work.
We also learn it at a very young age.
Our culture encourages it.
Solving is smart and powerful.
It certainly can be useful when there is a real problem.
Feelings are not one of those.
They just want to be felt.

I used to be like this all the time.
I engaged with my whole heart and gave my best advices and solutions.
It was very tiring.
But I felt smart.
That I had all these answers.
And it filled a void in me.
I felt needed.

I wasn’t really listening though.
More thinking about the next thing I wanted to say.
Or getting enmeshed in my own stories triggered by what was said.
I just wanted that problem to go away so I wouldn’t have to feel the unpleasantness myself.
Or I needed something from that person so I wanted their problem to dissolve quick enough so they could focus on me.
(Sure, it still happens, but I catch myself much faster now).

It can also be very frustrating as it bounces back on you because they didn’t do what you suggested.
You might think:
”Why don’t they understand?”
”How hard can it be?”
”They never change!”
Exhausting to have given your attention with no results.

When I finally became aware of what I was doing and instead heard what he needed and said to him: “it’s normal to be irritated, it happens, it’s been a tough day for you…” he slowly calmed down and became kinder to himself for having lashed out at his colleague.

None takes your advice unless they have specifically asked for it.
Most of us learn from our own experiences.
And who am I to know what’s best for you?
As if I was smarter than you. As if I knew something about you that you don’t.
You know your journey better than anyone else. What you need.

Sometimes it feels easier though to get someone’s advice.
Just give me the answer so I can move on. Right?
But sooner or later the decision that was never grounded in you bounces back on you.

The greatest gift you can give to someone is just listening to them.
None to fix you or wanting to change you.

Just listening mindfully and asking curious questions so that they can access what they feel and understand what they need.
Really listening is a game changer – and very rare.
It’s empowering and says “I trust you have the capacity to take responsibility for your own life and make decisions that support you”.
The next time you talk to that person there might be an opening to share what you saw that might be hidden to them.
If it’s welcome.

What’s it like for you when someone listens and recognize what’s happening to you?
How does that make you feel? 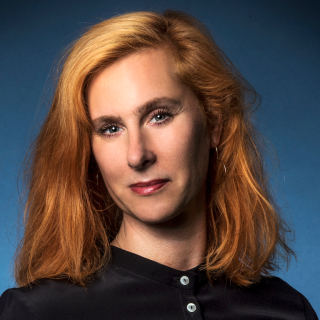